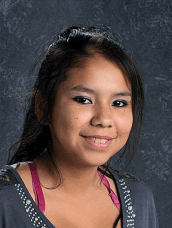 File Number: 104200095
Winnipeg, Manitoba - Tina Michelle Fontaine, 15, was a First Nations teenage youth who initially went missing multiple times throughout the early month of August 2014, but later found deceased. She was last seen alive accompanying an individual that was solicitating a sex act from her. Fontaine's body was later found at the bottom of the Red River on August 17. Police believe she had died on or around August 10. An autopsy was unable to conclusively determine a cause of death.
The teenager's 2014 death sent shockwaves through the city of Winnipeg and galvanised support for the better protection for indigenous women and girls.
In 2011, when Tina Fontaine was 12, her father was beaten to death; his two assailants were convicted of manslaughter. Fontaine's aunt recalled that her father's violent death deeply affected the girl. "She was very hurt, very lost. That's when she drifted away." Despite being eligible, she did not receive grief counseling following her father's death.
Reports found that she was often unable to access services despite clear indications she needed support.
Manitoba child and youth advocate Daphne Penrose released a long-awaited report into Ms Fontaine's life and how her case had been handled by various provincial agencies.
"Throughout her life, Tina needed an array of services from child and family, education, victim support, law enforcement, health, and mental health systems," Ms Penrose wrote in her 115-page report.
"At times, particularly in the final months of her life, some of these services were unavailable, not easily accessible, or ill-coordinated, which did not provide the supports and interventions she desperately needed."
Ms Penrose's report indicates that Ms Fontaine grew up in stable and loving home on the Sagkeeng First Nation, north-east of Winnipeg, from the age of five, living with her great-aunt.
But following the violent death of her father when she was 12, she began to struggle.
The report found the sadness caused by his sudden death "grew and expanded until it began to manifest in difficulty at school, experimentation with drugs and alcohol, running away, increasing violence, and being sexually exploited by adult men who preyed on her".
But the schoolgirl was never provided with a single counselling session or cultural healing services in the wake of his death, "despite ongoing assessments and recommendations that this was a critical need in her life".
Ms Penrose issued five recommendations to address "a number of gaps across these public systems" highlighted in her report.
Identified early as a suspect, Raymond Joseph Cormier was charged, but in February 2018, a jury acquitted Raymond, who had been charged with second-degree murder in her death.
Under new Prime Minister Justin Trudeau in 2015, the government committed to creating an independent national inquiry into the issue of murders and violence against Indigenous women, which was started in 2017.

Any update on this case, please contact us at fileupdate@unsolvedcasefiles.ca (File # 104200095). 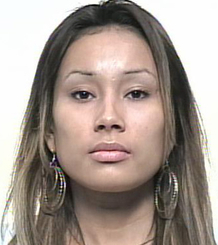 File Number: 104200140
On Thursday August 20, 2009 shortly before 3 pm, the body of 18-year-old, Hillary Angel Wilson of Winnipeg was found at the intersection of Highway 59 and the North Perimeter (101). Her death is considered a homicide.
RCMP Serious Crime Unit and Crime Stoppers are requesting the public's assistance with this investigation. Hillary was last seen at the corner of Selkirk Avenue and McKenzie Street in Winnipeg on Wednesday, August 19th at about 7 pm. 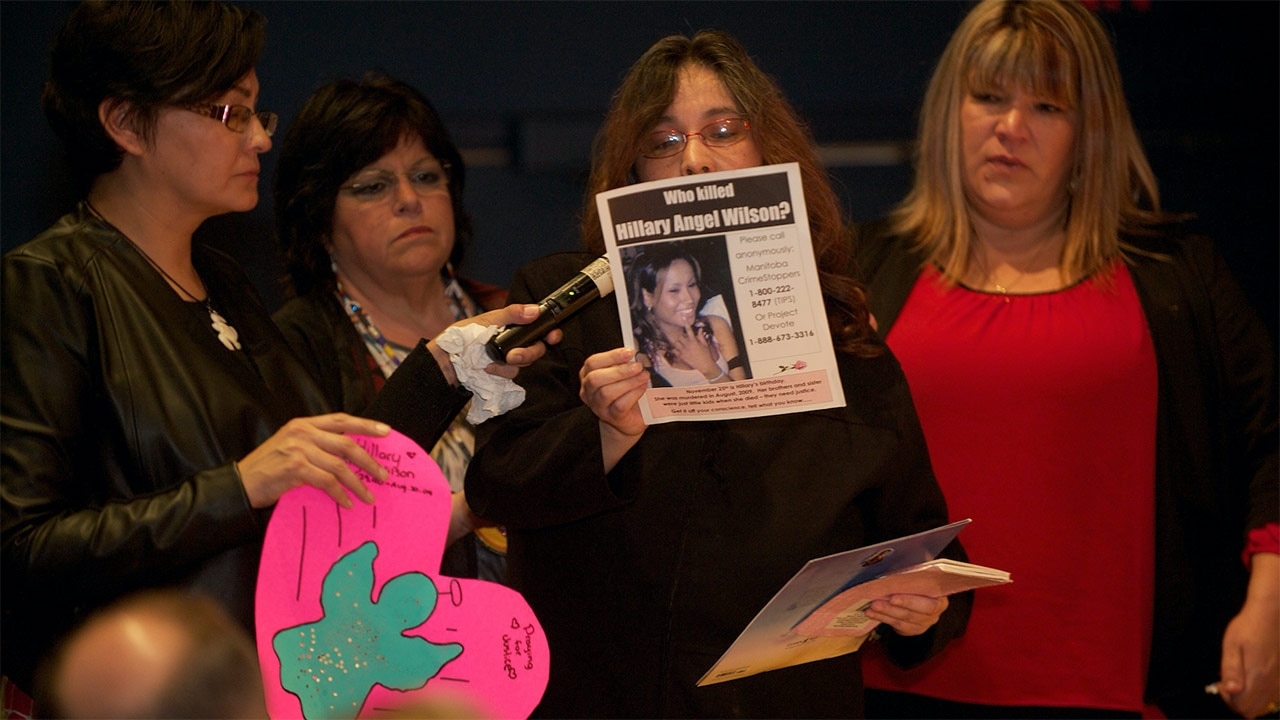 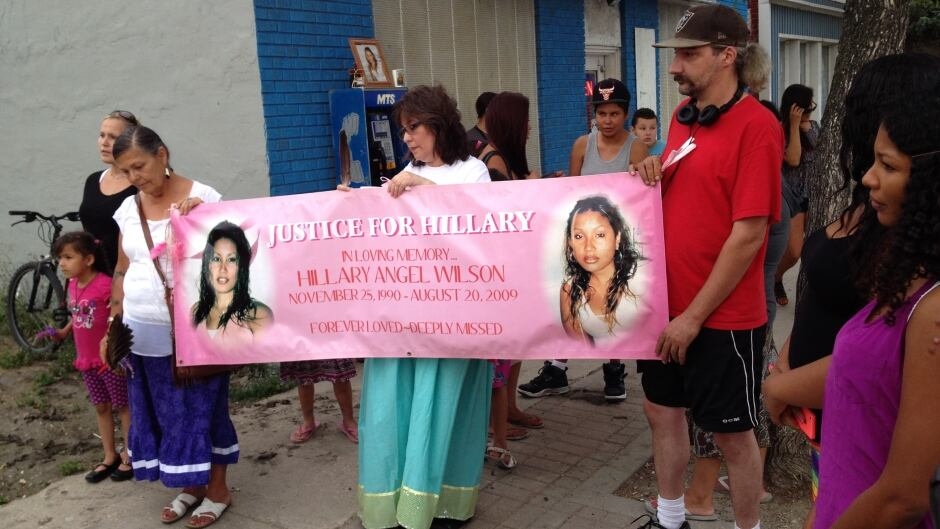 Gwen Wilson holds a banner with photos of her daughter, Hillary Angel Wilson. Wilson was found dead at age 18 just outside Winnipeg in 2009. (Photo: Jaison Empson/CBC) 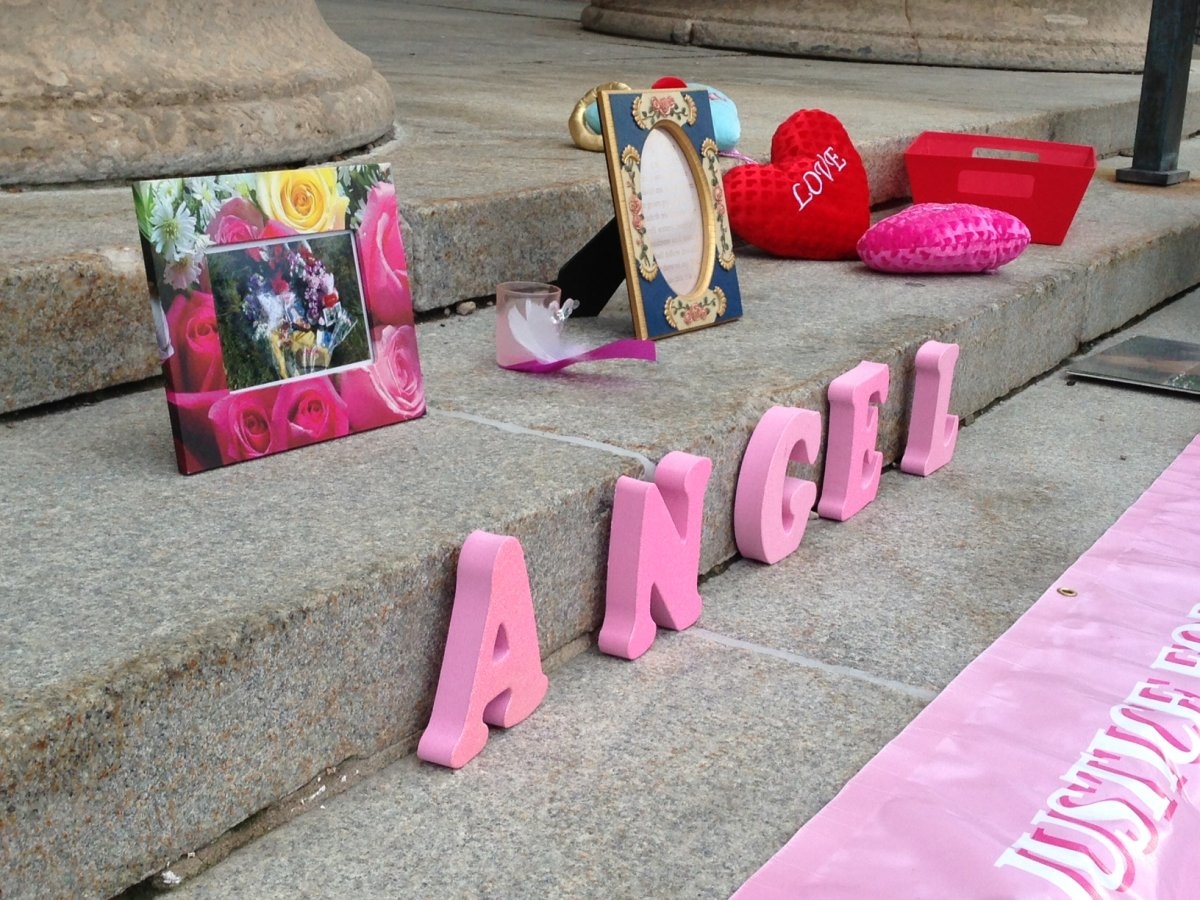 Friends and family of Hillary Angel Wilson leave items in memorial on the steps of the Manitoba Legislature on August 20, 2013. (Photo: Jordan Pearn/Global News)


To mark the fourth anniversary of the disappearance and death of Hillary Angel Wilson, friends and family gathered for a walk and candle light service.
Her family hosted a Justice for Hillary Memorial Walk in 2013, Monday morning where they marched to the Manitoba Legislature. Later, mourners gathered again at the Legislature for a candle light vigil. About 20 people attended the vigil.
Wilson's mother says it's cultural tradition to stop after four memorials but she won't stop looking for justice, "I wish this and many other cases could get solved," she told Global News. "I'm patiently waiting and trying to do what I can."
If you have any information about this case, please contact Crime Stoppers 1-800-222-8477.

Any update on this case, please contact us at fileupdate@unsolvedcasefiles.ca (File # 104200140). 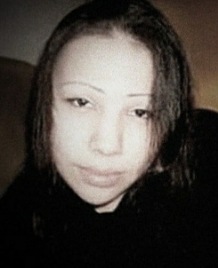 File Number: 104200151
Winnipeg, Manitoba - First, she was gossiping on the phone, likely on a chat line with strangers, her mother recalls.
Then her stepfather watched her climb into a truck and take off into the night.
Within 14 hours, the 16-year-old girl was discovered dead in a Transcona snowbank after freezing to death.
She was bruised and had large amounts of alcohol in her system from an unknown source.
On April 1, 2009, Nicole was found face-down in the snow behind an Enterprise car rental outlet on Regent Avenue. A condom was in her jacket pocket, according to an autopsy report.
She had bruises and cuts on her forehead, nose, wrist and finger. She also had a bruise on the left side of her head.
"How the hell could she get so drunk?" asked Frances Daniels, Nicole's mother.
Daniels said she wants to know who gave her underage daughter alcohol and how she ended up in a parking lot about 1.5 kilometres from where the family lives, like someone "kicked her out of the car after they used her."
Daniels said her daughter spent most of her time by herself listening to music in her room, but she sometimes went on a local chat line to make friends.
"She never went out," she said. "She didn't even go out with the girls to the mall and stuff like that. She was in her room."
Once before, she'd returned home drunk, with her pants unbuttoned, boots slipping off and jacket open.
Nicole had struggled with alcohol and drugs, and had previously attempted suicide, said the autopsy report obtained by the Free Press.
Police told the family officers questioned a man who spent part of the evening with Nicole but he was not criminally charged, Daniels said.
"I'm just wondering how she could get so damned juiced that she would fall, pass out, in behind a car place," Daniels said.
The autopsy report documents 11 cuts and bruises on various parts of Nicole Daniels's body, including her face, arms, wrists, legs and inner thigh. The colour of the bruises ranged from red to purple to yellow or brown.
Daniels's aunt wants to know why no charges were laid in relation to supplying alcohol to a minor. "Where is a 16-year-old going to get alcohol? She didn't have a job," Winning said. "She didn't have that kind of money to put that much alcohol in her system herself; someone supplied her with all that alcohol."
Her mother believes there is someone who knows more about her daughter's death.
"These girls don't do that to themselves, put themselves in a ditch with their face down," she said.
She said police reviewed phone records to find people her daughter spoke to. "They named a number of men, older men, like my age.
"They were in the Transcona area, one was even on Regent, probably married," she said.
Daniels said she believes that man may have taken her daughter to the parking lot to have sex, and then dumped her there.
"There are a bunch of perverts on that chat line that are after young girls, underage girls, especially native girls, is what I think," she said.
"The police investigation and the autopsy into her death was determined to not be a murder. As a result, no charges were laid as there was no evidence of an offence," an email from a Winnipeg Police Service spokesperson stated. "There was no evidence of sexual assault nor supplying liquor to a minor and hence no charges. A thorough investigation was completed."
But Daniels said the task force needs to focus on cases like that of her daughter.
"Look at all these innocent little girls that are dying," she said.
"There's no one accountable for that at all. Drunk enough to go behind a real dark building that you can't even see without a flashlight and then knock herself out, give herself a bump on the head and a bunch of scrapes on her hands and knees?"
The autopsy report said Nicole's blouse was unbuttoned and her jacket was off when she was discovered in the snowbank.
The report attributes this to "paradoxical undressing," where people suffering from hypothermia begin to remove their clothing.
The autopsy report also noted Daniels may have been under the influence of sedatives.

Any update on this case, please contact us at fileupdate@unsolvedcasefiles.ca (File # 104200151). 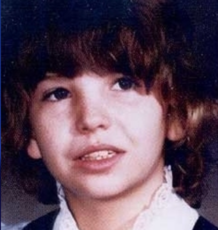 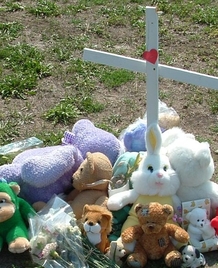 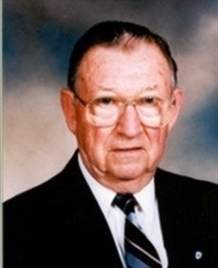