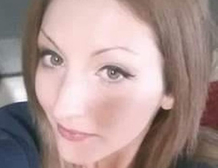 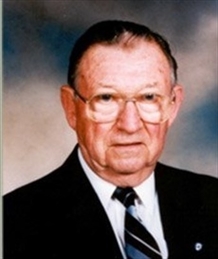 File Number: 104200143
A property crime escalating into a cold-blooded homicide is a rarity, but the Niagara Regional Police Service believe this is exactly what transpired twenty years ago when victim John Horvath interrupted a break and enter inside his Welland home.
On Jan. 4, 1999, during the early stages of the investigation, police discovered a back door to the Norway Avenue home of Horvath had been physically forced open. Police were initially contacted by concerned neighbours after snow from a recent storm had yet to be shovelled by Horvath.
Upon entry, and what appeared to be a routine break and enter quickly morphed into a homicide investigation when the body of Horvath was located mere steps away, inside the unsecured home at the bottom of stairs that led to the basement of the home.
Police believe the forced entry and homicide occurred two days earlier, on Jan. 2, 1999. Horvath had been beaten to death.
Police believe the suspect(s) were anticipating the Norway Avenue home to be unoccupied. Instead, the person or persons responsible were unexpectedly confronted by the homeowner after forcefully entering the home by unknown means.
Horvath was a former shop teacher from E.L. Crossley Secondary School in Welland. At the time of the murder, Horvath was a retiree in his mid-seventies, living alone in his Norway Avenue home.
Niagara regional police are seeking the public's assistance for any information pertaining to the solvable cold case homicide of Horvath, 20 years after this horrific crime occurred.
"The investigation into the unsolved homicide of Mr. John Horvath remains open and the Niagara Regional Police Service is committed to continuing this investigation in order to identify the person or people responsible," says Staff Sgt. Luigi Greco from the Niagara Regional Police Service major crime unit.
Investigators are encouraging anyone who may have information related to this unsolved homicide to contact the homicide unit at 905-688-4111 ext. 4200 or online at www.niagaratips.ca.
To leave an anonymous tip, please contact Crime Stoppers of Niagara at 1-800-222-TIPS (8477) or online: www.crimestoppersniagara.com.
Crime Stoppers guarantees that you will remain anonymous through any of the methods offered to provide tips and you will never be asked to appear in court. You may also be eligible to receive a cash reward of up to $2,000 if the information leads to an arrest.

Any update on this case, please contact us at fileupdate@unsolvedcasefiles.ca (File # 104200143). 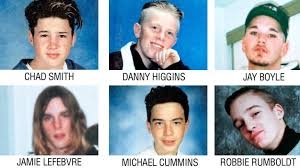 File Number: 104200149
In what would become a fateful headline, the 'Lost Boys' of Lake Ontario - and an unsolved case of multiple missing persons - has left many questions unanswered for 25 years today (2020).
Pickering, Ontario, 1995: After leaving a neighborhood basement party on a cold night a group of six teenage boys (who had been drinking) headed out for some clandestine 'goofing around' at the Lake Ontario.
The last time the Lost Boys were seen was when they stumbled into the marina on March 17, 1995 after a night of partying. Jay, 17, was with Chad Smith, 18, Robbie Rumboldt, 17, all of Pickering; Jamie Lefebvre, 17, of Scarborough; Michael Cummins, 17, of Oshawa; and Danny Higgins, 16, of Ajax.
Jay was tall and muscular, and had a blazing fastball that labelled him as a baseball phenom in his early teens. He'd done time for assault and was facing more assault and weapons charges. He also had a daughter with his girlfriend Monique, who shared a rented basement apartment with Boyle.
That night, Boyle's mother was taking care of baby Kierra, who turns 21 this year (2020). The boys broke into two marinas and stole a four-metre imitation Boston Whaler, and made off with that, a three-wheeled paddleboat they boosted the night before and a case of beer they found in another boat. Residents heard the sound of a motorboat at 2:30 and 3 a.m., but the boys were never seen again.
A massive search effort was underway 36 hours after the boys were last seen. Durham and Toronto Police were joined by the Coast Guard, a Hercules C-130 aircraft and a helicopter from the Canadian Forces base in Trenton. Nothing was ever found. None of their bodies nor the boats they were on have ever been found. More on this case »

Any update on this case, please contact us at fileupdate@unsolvedcasefiles.ca (File # 104200149). 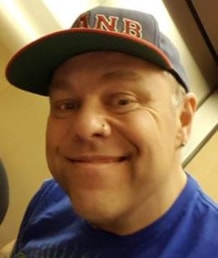 
Niagara Falls, Ontario - The family of a man who may be missing in Niagara Falls is putting out an impassioned plea for anyone with information regarding his whereabouts.

50 year old William 'Bill' Bokstein's family says they just want him back, and miss him terribly.

William Bokstein left his residence in Hamilton, Ontario on February 23, 2018 at 08:00 A.M. to drop his daughter off at school. After dropping off his daughter, it is believed that Mr. Bokstein traveled to Niagara Falls.

Every year, Hamilton police receive more than 1,500 reports of missing people. Sometimes they are found right away and sometimes they don't want to be found. But each must be taken seriously. When someone is seriously in trouble, every minute counts.

On February 25, 2018, William Bokstein was captured on video near the Fallsview Casino where he withdrew money. Mr. Bokstein has never gone missing before and has not been in contact with his family since, which is out of character for him. 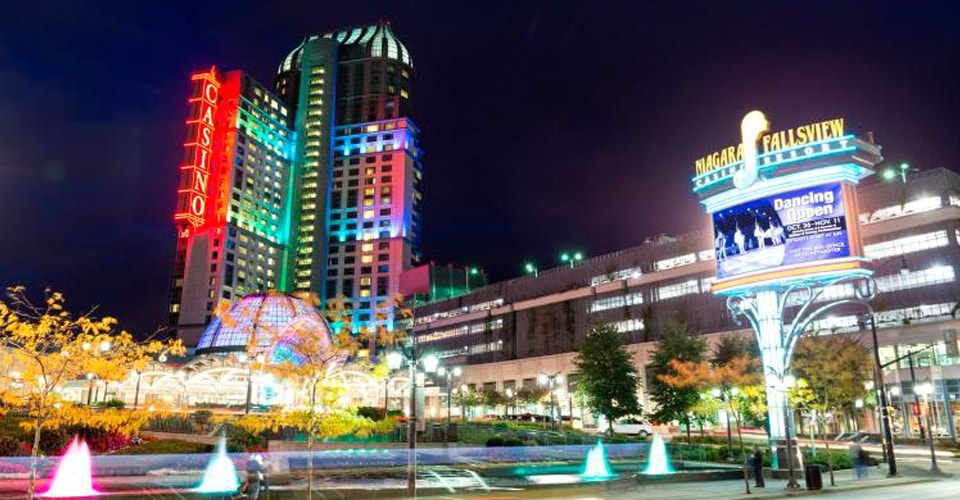 Const. Kim Walker is Hamilton's only missing person co-ordinator, a position created in 2011 and that she's held since late 2015. "I see every single one that comes through every day," Walker says. It's her job to make sure no detail is missed.

Most reports come in the same way - at a police station front desk - and most are investigated by front-line officers - representing a huge part of the workload for uniform patrol.

Submit a Tip Submit a File 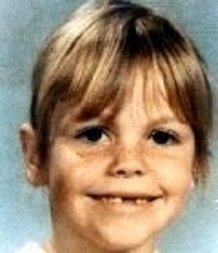 The Most Dangerous Cities in Canada In 2020

Get notified when an unsolved case is published